Below are some major western institutions have to say about Coriolus versicolor mushroom extracts and their amazing immune enhancing properties: 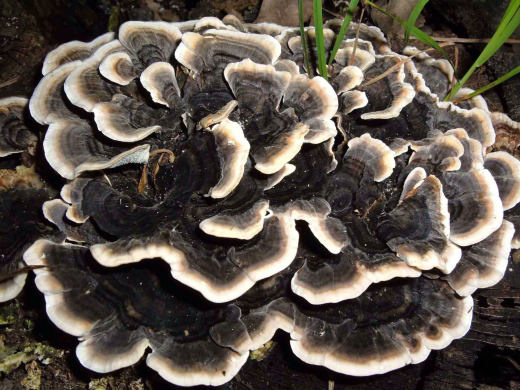 Mushroomstudies.co is an information site ONLY and the focus of this site is on the Coriolus versicolor mushroom (also known as Trametes versicolor, Polyporus versicolor, Polystictus versicolor, Yun Zhi, PSP, PSK, Kawaratake, Krestin and Turkey Tail). Coriolus versicolor or any other mushroom, substance or product mentioned on this site are not to be used as a substitute for medical advice, diagnosis or treatment of any health condition or problem, nor as any marketing or sales efforts of any products. Visitors of this site should not solely rely on information provided on this website for their own health problems. The information presented here should only be used as a reference. Any questions regarding your own health should be addressed to your own physician or other health care provider.

Coriolus versiciolor is one of the most clinically studied botanical in the world with over 400 studies. Web MD reports that the Coriolus versicolor mushroom, PSK & PSP are used for stimulating the immune system: It is suggested that the body’s own immune system is a key player in maintaining health and wellness. Web MD also states that the Coriolus mushroom can be used to help increase energy and improve body building results.

Traditionally, the Coriolus versicolor mushroom has been used in China for several thousands of years because of it’s immune boosting capabilities. It’s recorded usage in history dates back to mid 1300’s during the Ming dynasty. In the 1970s researchers in Japan started experimenting with the mushroom by extracting it’s essence. The protein bound polysaccharide that was isolated from the mushroom is called Polysaccharide-K (Krestin, PSK). Their research found that PSK is effective as an immune system boosting agent. In the 1980s, Chinese researchers improved upon the Japanese finding a decade earlier and introduced a more potent extact called Polysaccharide-Peptide or PSP. Both PSK and PSP have been successfully used in Japan, China, Hong Kong, and some European countries for medical treatments of various types.

One of the best Coriolus versicolor product on the market is from: ..