My name is Jackie Ans, I’m 44 years old, and have been battling several health problems for many years.  I also suffer from allergy and sinus conditions. After taking several medications for years and years my immune system was next to nothing. I also had been taking five different medications all at the same time to help fight my allergy and sinus issues.  Advair, Albuteral, Allegra-D, Astelin, and Mucinex.  I was constantly getting sick and had to use a lot of sick time at work due to these conditions!  If I worked overtime or did anything that required stamina for any period of time I paid for it.  I was constantly getting sinus and respiratory infections a long with the fighting the asthma.  I was at my wits end, and just felt miserable all the time.

One day at work, Mike Mackovjak, suggested that I should try this new product his wife was just getting involved in.  He stated that his nephew was having several issues with allergies and they started him on this new research drug called Inforce. It is suppose to help people with allergies and decreased immune issues.  So I talked to Paula regarding the research drug.  She explained to me how it came about, and what she believed it could do to help me out with my situation.  I told her “I have nothing to lose!  I’ll try it!”

I was a little hesitant to say anything to anyone about it because it was a brand new drug that nobody had heard anything about.  I do have several people in my family that have allergy and asthma problems. I knew my family would say, “That’s no good, there’s no proof that it helped anyone and you are just wasting your money!”  But, I had faith in Paula; I have known her for several years and she has helped me out in so many ways in the past.  I know she is a good hearted person and I totally trusted her opinion, so I signed up for it.

I was anxious to see what the results would be.  I wanted to be able to say to my family, “Look what this product has done for me!”  I wanted to see if this may be able to help them as well!

Within the first month of taking this drug, I was able to stop taking the Mucinex and the Astelin.  The next month I stopped the Allegra-D, and by the third month I stopped taking the Advair and Albuteral too! I felt fantastic!!! For the first time in I can’t remember when I did not have to use any sick time at work. My energy level was up and I didn’t have to deal with any of this!!!  My family was wondering why I started feeling better all of a sudden.  So I took that next step and told my family about taking the medicine. My Mom couldn’t believe it and was still a little bit worry about the whole thing. My step-father has been dealing with the same condition I have and I wanted him to start taking it.  I even gave them a bottle, so as to push them along.  After three weeks I asked my Mom if it was working.  She said she was still not sure about it and wanted their doctor to take a look at it.  To see what was actually in this bottle!  The doctor was amazed by the medication and gave my Mom the seal of approval! Right away he called his intern in and had her start doing some research on Inforce.  He is a doctor for senior citizens and thought that this may be able to help his other patients as well!  So you may be getting a big client!

I also have proof that this does help.  When I gave that bottle of medicine to my mother, I knew I was going to run out quicker, so I placed another order.  Unfortunately,  my timing was a little off and I did not get my order of new medicine in time.  The very first week I was without my medicine I got a severe sinus, respiratory, and mouth infection. I wound up on antibiotics and had to take three days off work because I could barely talk. For three weeks I have been battling this.  I started retaking inForce again about a week ago, but am still having some issues, so I called Paula yesterday to talk to her about it.  She advised me to double what I was taking and I should get better sooner.  It is nice to just be able to make a phone call to Paula about the product and she gladly answered my questions.  She is a great asset to your company and I’m proud to call her my friend!!! 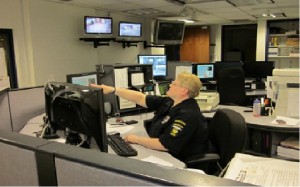 I have suffered with severe sinusitis for almost 40 years( I am 72 now).I have had to take antibiotics very regularly,painkillers most of the time,daily nasal sprays  and steam inhalations to try and clear the congestion.I have tried just about everything on the market , as this condition has coloured my life for a very long time.I have also suffered frequent headaches and a feeling of being unbalanced( because of congestion affecting my ears) from time to time.
I have had x-rays of my head and MRI scans–they told me that it was the shape of my face that was the problem and that there was nothing that could be done for me surgically.
Then along comes Coriolus and I decided to give it a go too!I have been taking Inforce for just over 3 months and in all that time I have not taken any antibiotics,painkillers,nasal sprays,inhalations.Now for me that is a miracle!It has not gone away totally but just being able to go without all of the medication is an amazing thing for me.
I function better on a daily basis.I have been taking 12 capsules a day for 14 weeks and now I am thinking of scaling the dosage down to see what the effect will be.Watch this space!!
Joan Ebsworth

I have suffered from asthma since childhood. The disease has steadily progressed over the last few years to include acute chronic bronchitis and asthma. I have taken several trips to the emergency room and was hospitalized twice over the past three years, being unable to breathe.

My doctor has been prescribing me Prednisone a very powerful steroid which opens up my airways and has undoubtedly saved my life. The problem has been that Prednisone suppresses my immune system. I have been on a vicious cycle for about three years now. The Prednisone would open my air ways and the Antibiotics would get rid of the infection so I could breathe normally. Because of my suppressed immune system in about two weeks I would get another bronchial infection, the infection would trigger my asthma, I would go back on the Prednisone and the cycle would continue. I have had to take Prednisone at least once a month for seven days over the last 2 years.

Now for the good news! The last time I took Prednisone was 4 weeks ago. Three weeks ago I started taking the inLife inForce and truly believe it is making a major difference in my immune system. I have not gone 4 weeks without taking Prednisone in over 2 years. This weekend I started coughing and I felt my lungs start to tighten up. I said to myself oh great here it comes back again, but I took an extra dose of the inForce on Sunday. Monday morning I had stopped coughing and was breathing freely. I saw my doctor today he checked my oxygen level in my blood and it was better than it had been in 6 months, and my lungs sounded very clear. Thank you inLife for this tremendous product.

Hi. My name is Quintin and I use the inForce. It helps me get up earlier and fall asleep faster. It is very easy to swallow. I don’t have allergies anymore. The coriolus versicolor has helped me a lot.

My name is Jennifer Welsh, I am Quintin’s mom. Quintin has suffered from severe allergies all year long for most of his childhood. Each year I spend a lot of time and money trying new products to help him and have had no success. Since using the inForce, I have noticed a 100% improvement with his allergies. Quintin has had more energy and has been able to wake up in the mornings for school on his own. The sneezing, coughing and stuffiness cleared up immediately. This has improved his quality of life so much that he is willing to take it without any nagging!

I would like to sincerely thank the co-founders of inLife for introducing this product.